What The Players Can Expect From The DM

• The DM will invoke Rule 0 ("The DM is always right.") if needed. After all, "The rules are only guidelines." (2E DMG, page 3). I will not stop the game to look up rules or argue about rules. We can look things up after a session, and I will decide if/how we will apply the findings to future sessions. I won't 'go back in time' to change anything that happened.

• The DM will provide reasonably detailed descriptions of anything— Theatre of the Mind style —if there is no map or other visual reference for the players.

• The DM will provide quality maps and visuals as often as possible.

• The DM will provide a living, breathing world. For every action characters take, an appropriate reaction is possible. Characters that go on a random killing spree will become infamous and will be hunted down by progressively more powerful parties until the characters are all mercilessly killed. Characters that are constantly doing good will become famous and will be rewarded appropriately for their actions. The party's notoriety can change for virtually any reason throughout a session.

• The DM will rarely provide special voices. I am terrible at doing accents/voices and I think it's ridiculous that every dwarf sounds like every other dwarf in virtually every DM's campaigns when the DM does do voices. Those DMs— just like me —can't vary the voices enough to make them sound like different people at all, and this kills the immersion for me so I try not to do it to others.

• The DM will introduce a 'BBEG' (Big Bad Evil Guy)/nemesis for each character to deal with. Each character may have their own nemesis as well as having a campaign nemesis. There will be plenty of content for you to prepare to confront the villains, and it's up to the players to decide if/when their character is ready.

• The DM will provide challenging— and potentially lethal —content for the players' characters to deal with. Not every encounter will be an easy or simple 'win' for the characters just because they're the 'heroes' of the campaign.

• The DM will gloss over sex scenes, make-out sessions, brutal violence, extreme gore, and other adult content briefly if such things are absolutely required for a scene during any session of the campaign.

• The DM will not use excessive profanity, obscene comments, make rape "jokes", dead baby comments, etc. that are obviously obscene and grossly inappropriate. 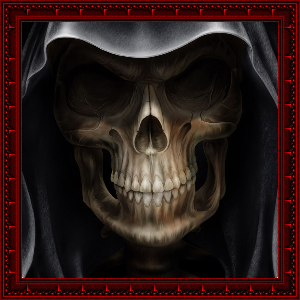 What The DM Expects From The Players

• Players will show up for the game somewhat early and be ready to play— having already used the bathroom, collected their snacks, and filled their drinks before the game begins. Depending on how long the session runs, we'll take a break somewhere in the middle as well.

• Regardless of alignments, all characters will be a 'team' and the players will make this happen. Players will go out of their way to not murder other player's characters.

• Players will not be 'rules lawyers', but will be the 'resident expert' of their own currently-played class. Players may privately tell me about non-class-related rules and game mechanics they know of that may apply to a current situation, but will not argue about rules or decisions.

• Players will accept that sometimes dice can save them and sometimes dice can not. Murdering a dozen peasants in a bar, then trying to convince the city guards that everyone was a demon is just not going to work, no matter how well you roll. (Not even a 20.) Articulate expressions of what a character is saying or doing will have a better chance of succeeding where dice may apply. "I persuade the innkeeper to give me a free room." can expect a very high DC on the roll. "Zoram goes over to the innkeeper, leans close, and whispers: 'If you let me stay here for free tonight, I'll tell everyone I know what a great place to stay this is.' as he gives the innkeeper a wink." can expect a lower DC.

• Players will limit outside distractions. This means no watching TV/YouTube/etc, no browsing the internet for funny pictures, no unrelated side chatter. All of these things tell me the players aren't paying attention and/or don't respect the work I've put into a game.

• Players will not interupt the DM or the other players. As the DM, I'll describe a scene and then ask for your characters' interactions— typically by using the "marching order" that the party will determine before each session.

• Players will respect other players. If your actions make any other players uncomfortable or 'ruin' the game for them, you will be asked to leave.

• Players will engage with the world their characters live in. Roleplaying games are about more than just killing monsters and looting treasure, and the more the players get into the whole world they have at their fingertips, the more I can tell they are having fun.

• Players will be ambitious for their characters. Consider giving your character a goal from the very beginning, and work with the team to make that goal come alive.

• Players will talk to me about their ideas for the game and give me feedback about what they liked and didn't like. Players can send me an email or tell me directly after a session has ended.